Zero Trust Architecture: What to Know About the Latest Cybersecurity Executive Order and How to Implement It

Home » Zero Trust Security » Zero Trust Architecture: What to Know About the Latest Cybersecurity Executive Order and How to Implement It

Without a zero trust architecture in place, your business might suffer a setback of $4 million or more due to cybercrime. That’s how much the Colonial Pipeline recently paid out after hackers shut down their oil delivery infrastructure and held its restoration for ransom (reference at bottom). The reality is, this is just a drop in the bucket when it comes to risks and losses overall, but it’s why cybersecurity and zero trust are again in the national spotlight.

On May 12, the President acknowledged the importance of protecting public and private sectors from incidents like these, by signing an executive order to improve the nation’s cybersecurity. One of the order’s main callings is for organizations to adopt a zero trust architecture.

In this post, we’ll examine some goals of this executive order and how it seeks to improve cybersecurity for both public and private entities.

What is zero trust architecture?

A zero trust architecture is made up of systems that verify every user, device, application, etc. that tries to access a business’ IT resources. In networking, this involves creating micro-segments or perimeters within each network, and continuously verifying who and what is granted access.

The philosophy behind zero trust architecture is fundamentally this: trust nothing, because threats are everywhere, always.

Zero trust isn’t a turnkey solution, nor does it rely on a single technology. Instead, it involves transforming network security by taking a holistic approach to safeguard every network interaction. This includes implementing hardware, software, and virtual solutions built with security in mind — from Trusted Platform Modules (TPMs), to multi-factor authentication and user access rights — as well as transforming security processes in your organization.

For a closer look at zero trust architecture and its origins, read our previous post.

Does zero trust architecture matter that much?

Zero trust architecture is key to protecting both public and private sector organizations. Though it can be more difficult to measure how attacks impact less tangible things like public safety or brand reputation, the cybersecurity risks are apparent just by looking at monetary losses.

In 2020, cybercrime cost businesses and consumers billions of dollars in the United States alone. In California for example, total financial losses reported as a result of cybercrime totaled more than $621 million, with leading types of crime including phishing, extortion, data breach, identity theft, and misrepresentation, among others. Other states including Colorado, Ohio, and New York ranked with staggeringly high losses as well, which ranged from $100 million to over $400 million.

Aside from causing financial damages, cyberattacks can open the door to allowing very sensitive info to fall into the wrong hands, which can jeopardize public safety and economic stability. Just imagine what malicious actors could do with classified government information or access to public or private infrastructure.

These attacks and others could have been prevented — or at least dramatically reduced through better containment — with zero trust architecture in place.

For example, if a hacker attempted to embed malicious code into a device, this device would already be trusted in a traditional network security model. This implicit trust would allow the malicious code to go unnoticed, giving the hacker remote access to sensitive information and systems. But with zero trust architecture, implicit trust is eliminated. In this example, the hacker might still be able to remotely access the device, but micro-segmentation would deny access to other devices, and continuous monitoring and analytics would alert company staff to the anomalous activity. In essence, zero trust would contain the threat and help the organization pinpoint the system that requires attention, without having to suffer potentially catastrophic losses.

For all of these reasons, comprehensive cybersecurity is a must-have for organizations. The President’s executive order aims to help catalyze the rapid adoption of better cyber protection methods such as zero trust.

What does the cybersecurity executive order do?

The Executive Order on Improving the Nation’s Cybersecurity seeks to improve protection for federal government networks, and in turn encourage private entities to do the same for their own networks. To achieve these goals, the executive order focuses on three major areas:

Specifically regarding zero trust, the order states that within 60 days, the head of each federal agency must develop a plan to implement zero trust architecture. The order also states that within 90 days, the Cybersecurity and Infrastructure Security Agency (CISA) must assist the Secretary of Homeland Security and the Administrator of General Services to develop a federal cloud-security strategy and issue appropriate guidance to government-wide agencies. In all, these efforts will modernize the federal government’s cybersecurity as agencies move to cloud services and require more comprehensive network protection.

With the federal government leading the charge, the President hopes that private sector organizations will follow by implementing their own zero trust architectures and best practices. The executive order encourages these efforts through additional steps and resources, which include:

How can you implement zero trust?

Remember that implementing a zero trust architecture isn’t as simple as deploying a piece of hardware or software. Because the threat landscape is constantly evolving, you need to take a holistic approach in transforming your security from the inside out. Despite the risks that seem to loom larger with every passing day and make you anxious to fortify your networks, keep in mind that achieving zero trust is a gradual process. Here are some tips to help you overcome common challenges:

Get serious about these zero trust technologies

With cyberattacks on the rise, tomorrow is too late to start thinking about zero trust architecture. Recent executive action means it’s time to get serious about fortifying networks and the sensitive data they handle. Read our next post for a deeper dive into the technologies that can save you from crippling ransomware and malicious attacks. 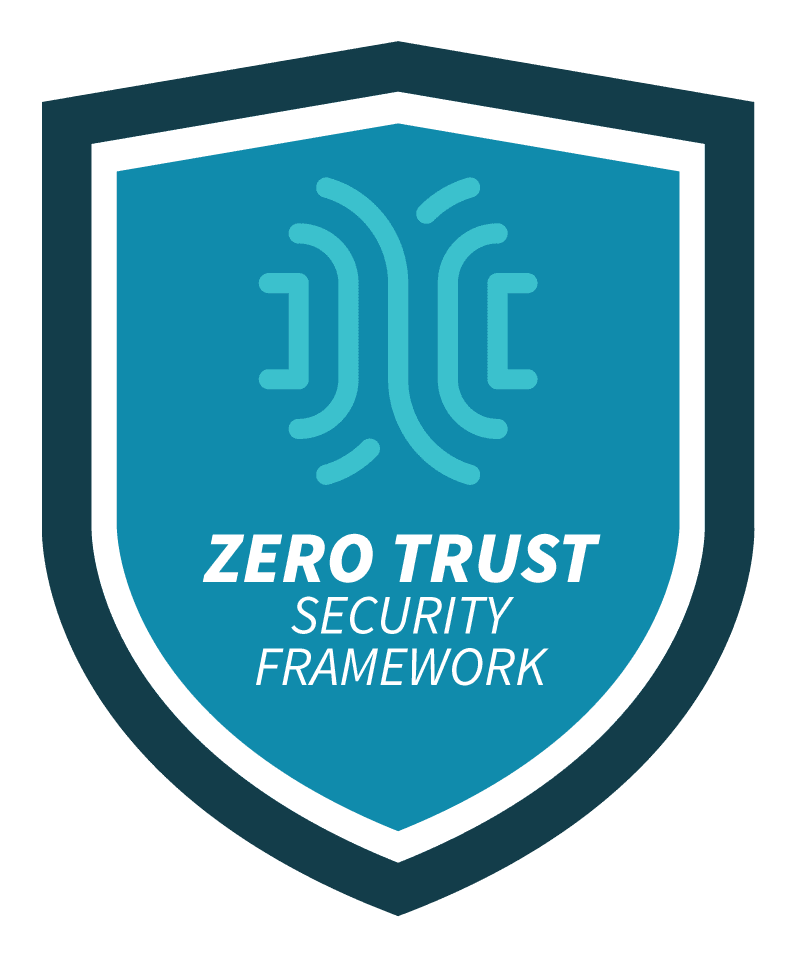 Questions? Contact us with your concerns about zero trust or to see a free demo.